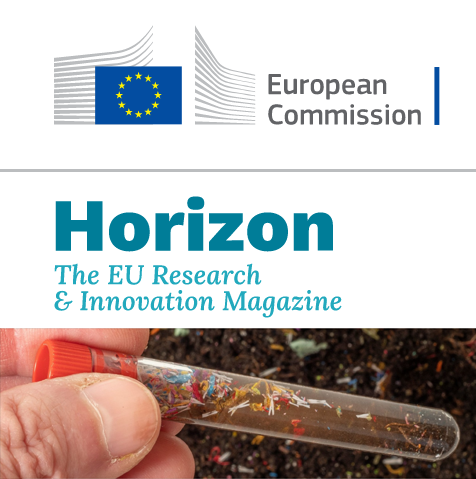 Growing awareness of microplastics in the ground and in freshwater highlights the need to tackle an environmental threat generally associated with oceans.Furthermore, also soil ecosystems come under the spotlight in plastics-pollution fight. 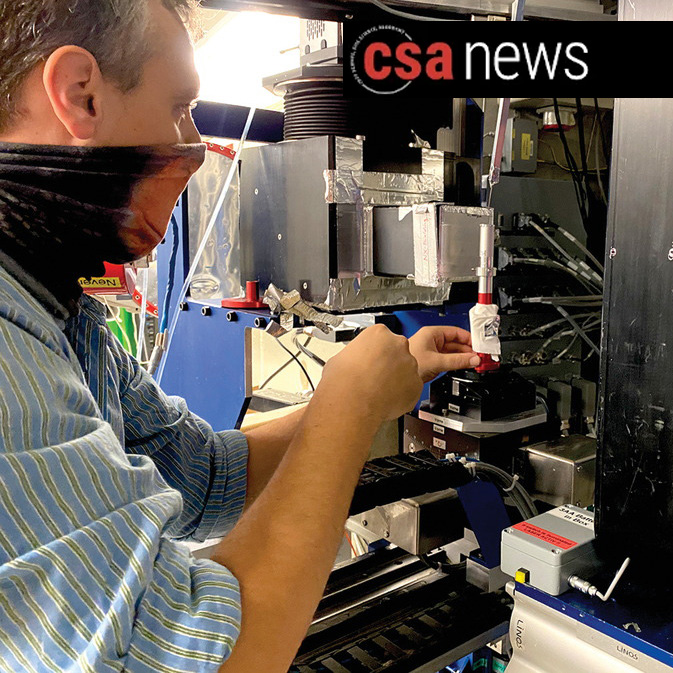 New feature about Andreas Cramer and Andrea Carminati in csa news | The Incredible Shrinking Polymer - What Is Happening in Soils as Plastics Transform into Ever Smaller Pieces?

Plastics have been so ubiquitous in our lives for so long that it’s hard to imagine our world without them. In agriculture, they are so widespread and invaluable that the term plasticulture was coined to describe them. But as we produce hundreds of millions of tons of plastic products every year, they are piling up all around us, albeit in often unrecognizable or invisible forms. Although more conspicuous ocean plastics raised louder alarms initially, the pollution beneath our feet and among our crops has drawn the scrutiny of more and more soil scientists. In this article, we hear from some of the researchers examining how plastics impact soils and crops as they degrade from plastic mulch, masks, and latte cups into new and smaller forms. 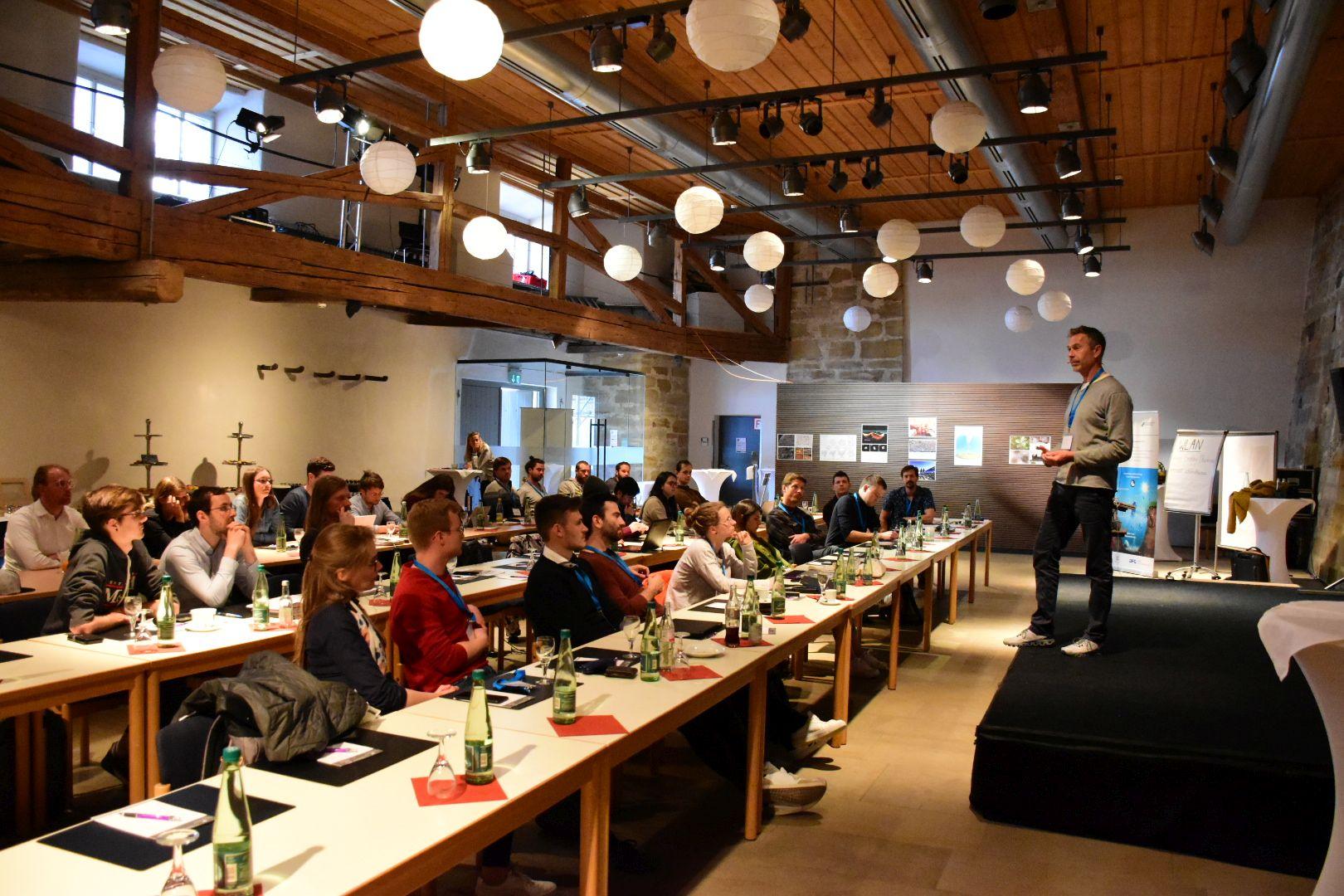 40 young scientists from all disciplines meet for the first personal doctoral seminar of the Collaborative A highlight is the science communication workshop with TerraX moderator Dirk Steffens and the start-up session moderated by the Institute for Entrepreneurship & Innovation with the start-ups Ecofario, Dermapurge and MYTRA. 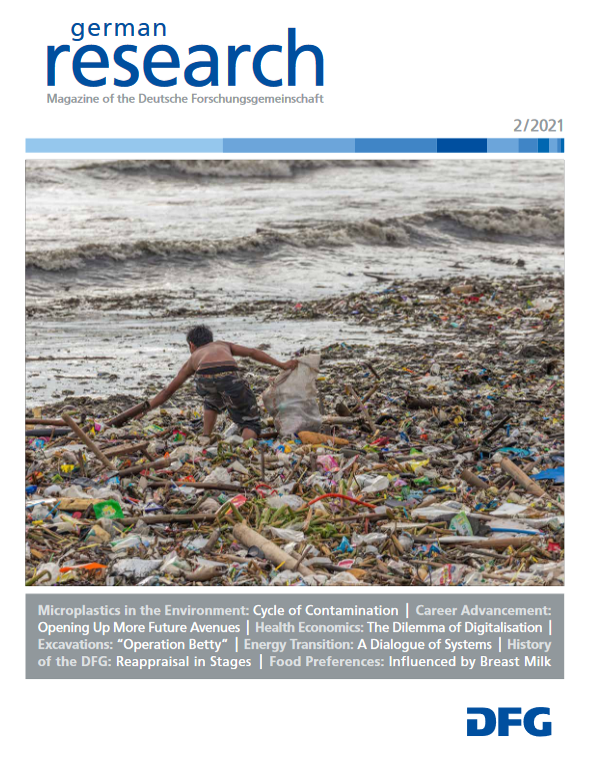 An important contribution to the international visibility of the CRC1357 is the article "Cycle of Contamination" by Christian Laforsch and Andreas Greiner in the 02/2021 issue of the DFG magazine german research. The two speakers give a general overview of the topic of microplastics and present the goals and interdisciplinary approach of the Collaborative Research Centre on Microplastics in the article.
Of course, we were particularly pleased that the DFG chose our article for the cover of the international issue. Many thanks for that! 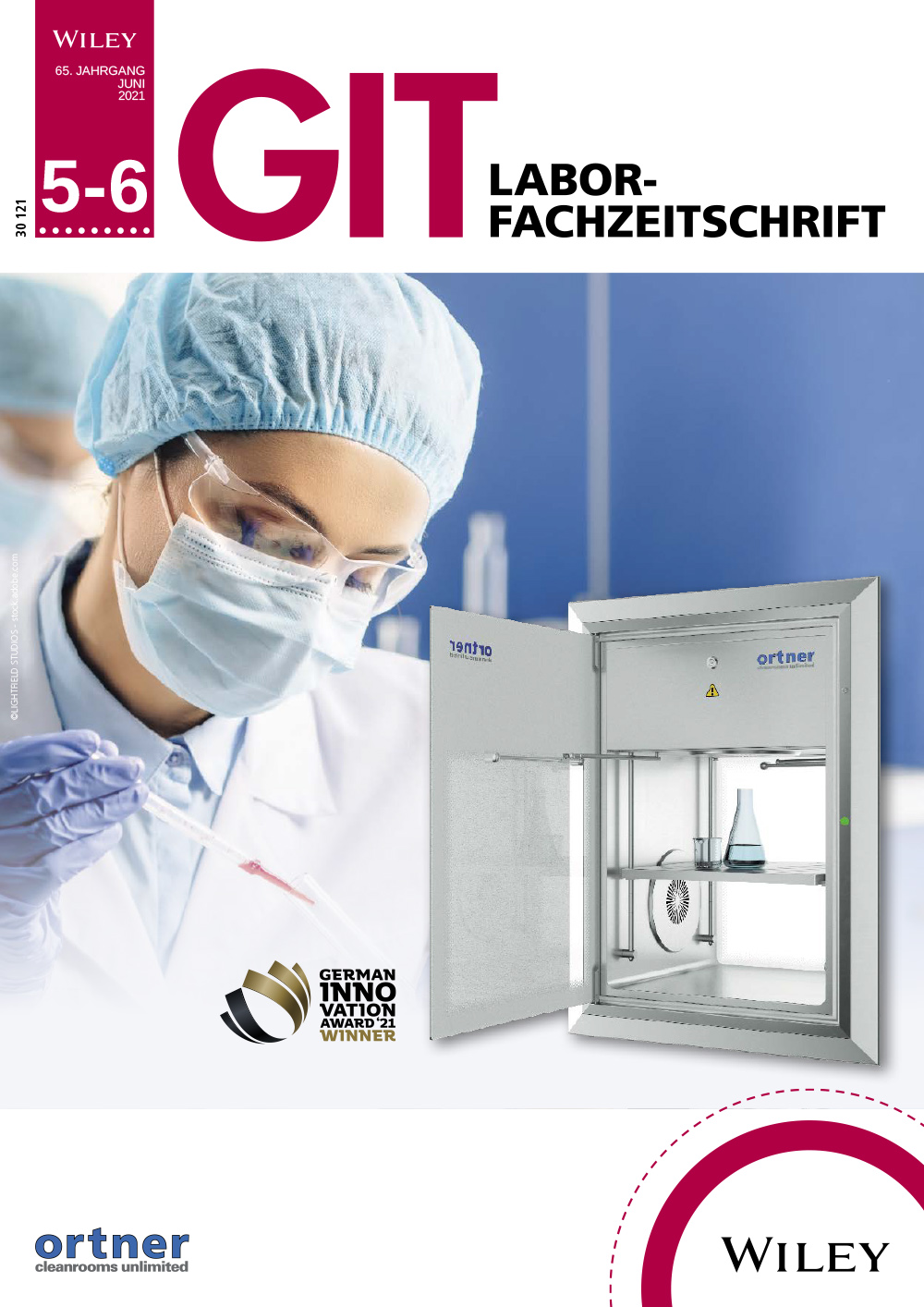 Due to their versatile properties, plastics have enabled many technical and medical innovations to date. Due to their low production costs, they are very often used in the disposable packaging sector, which means that at the same time we are confronted with enormous amounts of plastic waste, some of which also ends up in the environment. 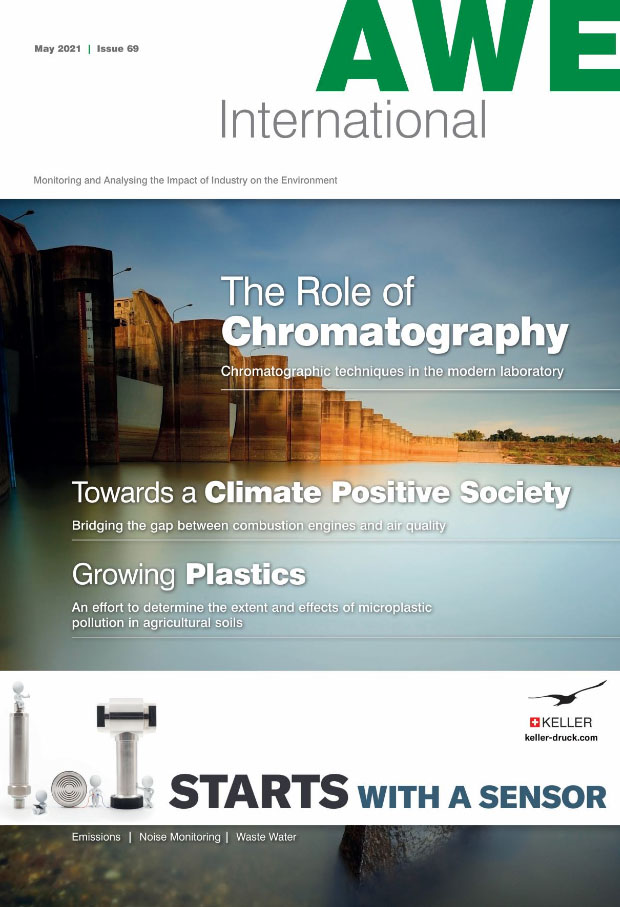 The plastics industry is booming. Especially during the Covid19 pandemic there has been an increasing demand for acrylic glass shields, face masks, gloves, medical disposables, plastic wrappings for online shopping and takeaway food containers. The calls for the reduction of single-use plastic items have all but faded in the face of efforts to reduce the spread of the virus. But wherever plastic is used, waste is being generated – and unfortunately not always disposed of correctly. 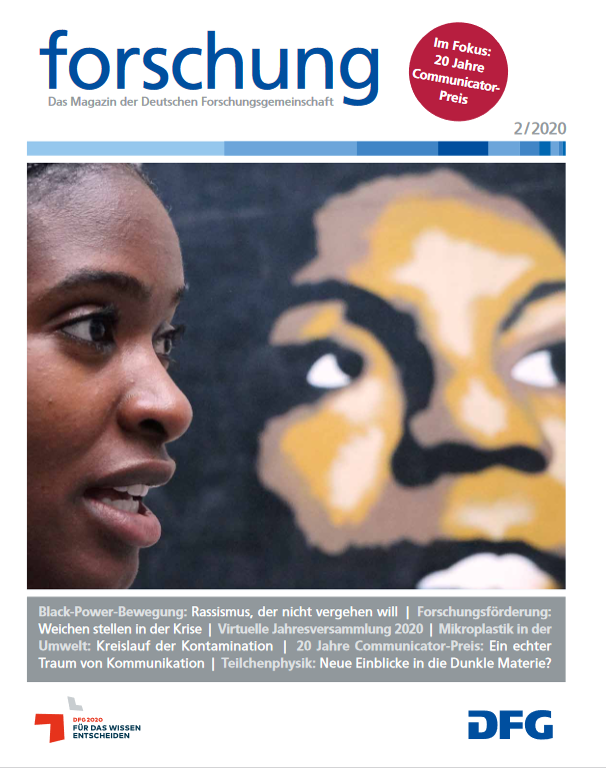 In the DFG Magazine forschung 2/2020, Christian Laforsch and Andreas Greiner present the Collaborative Research Centre Microplastics in the article "Microplastics in the Environment: Cycle of Contamination". The two speakers give a general overview of the topic of microplastics and provide insight into the goals of the collaborative research centre as well as the interdisciplinary approach of the scientific team. 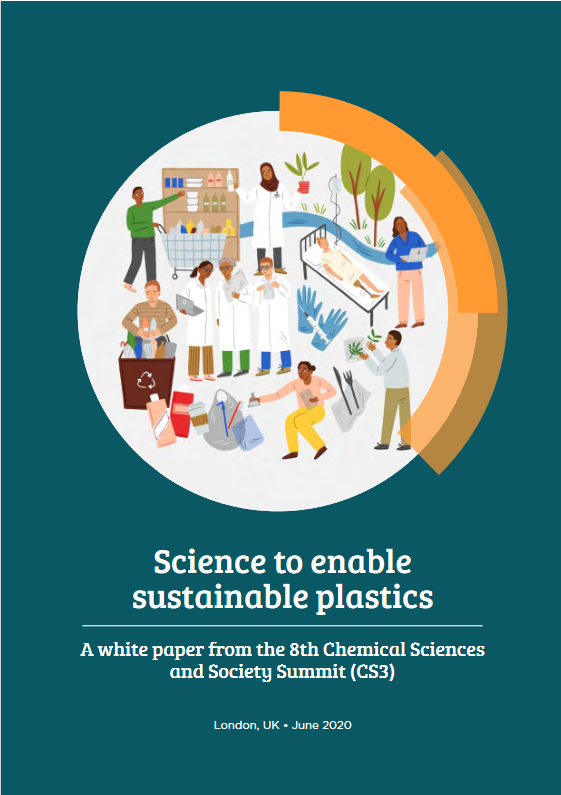 Researchers of the University of Bayreuth have taken a leading role in developing a White Paper on sustainable plastics, which four chemical associations from Germany, the UK, China, and Japan published today under the title "Science to enable sustainable plastics". The White Paper contains numerous recommendations for future research into the environmental impact of plastics, the development of new plastics, as well as recyclability and natural degradation. 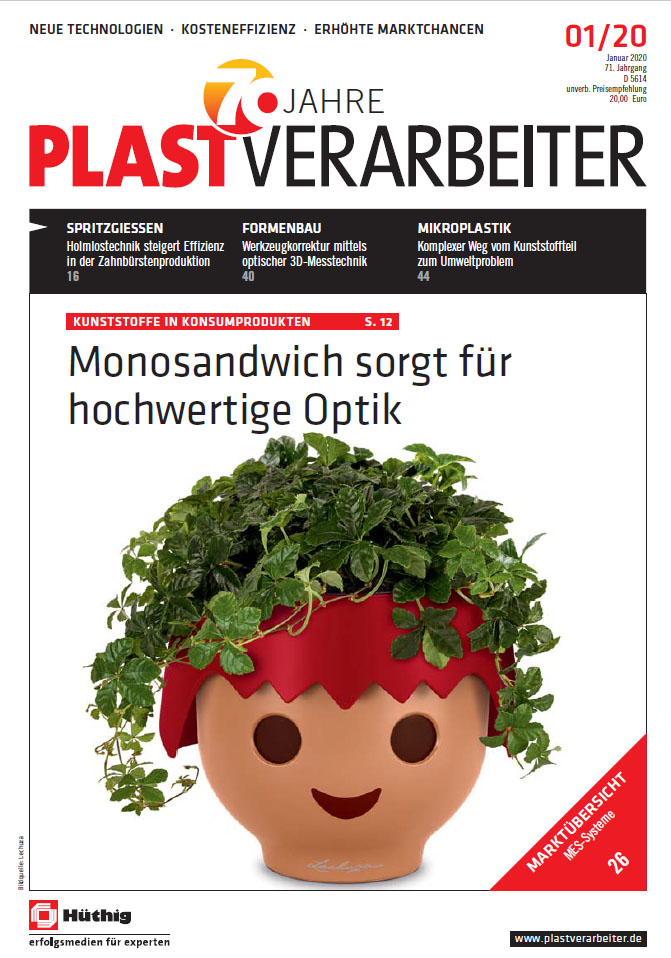 Plastics have fallen into disrepute and are now considered one of the most acute environmental problems. In the context of environmental pollution by plastics, microplastics (MP) play an increasing role. The resonance of the scientific discourse in society is considerable. Open questions about the effects of microplastics on nature and the dangers for animals and humans urgently need to be scientifically
be scientifically investigated and understood. At the University of Bayreuth, an interdisciplinary team has come together to uncover the complex interrelationships from the formation and decay of macroscopic plastic parts to microscopic particles, via transport in the environment, to the absorption of microplastics into the cells of a living being. Appropriate solutions are developed from the findings. 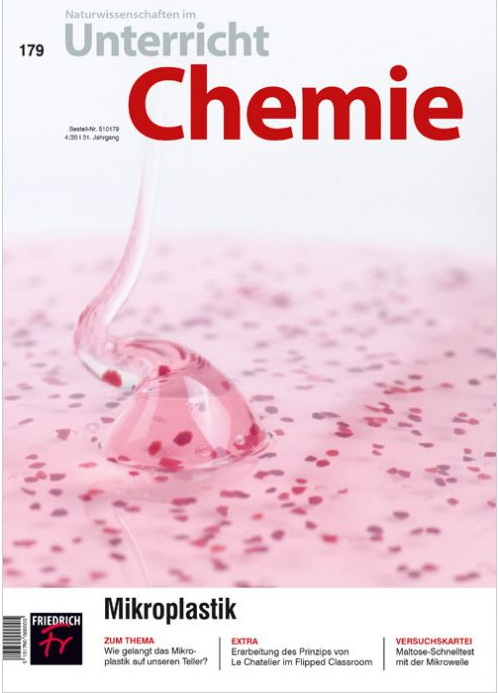 In social, scientific and political debates, current problems and challenges of scientific research are intensively discussed at almost any time. One of these top issues is the plastic and microplastic problem; the debates on this have already triggered corresponding effects in many respects, both at the consumer level and at the political, economic and scientific level, e.g. in the form of changes in consumer behaviour with regard to various plastic products. In the natural sciences, too, many many research groups in the natural sciences have also been working intensively on the topic of plastic and microplastics for several years.
Due to the high degree of topicality, it is of course obvious to take up the topic in science lessons. 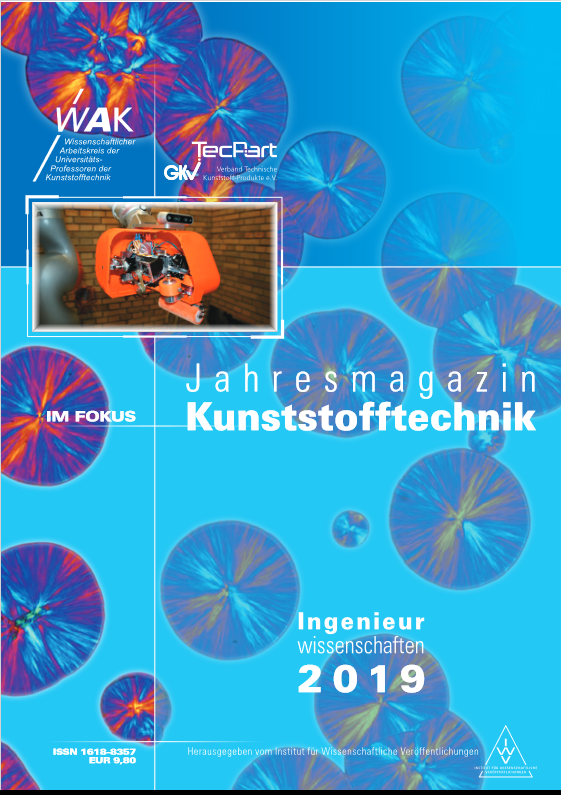 Almost every day, we hear news about the pollution of the environment by plastics.
Not infrequently, the keyword "microplastics" is mentioned. Researchers have been working on detecting and quantifying such particles in the environment. But we urgently need a better understanding of the microplastic particles' processes - from their formation to their uptake into the cells of living organisms. Only with this knowledge will it be possible to assess the effects of microplastics on nature and the dangers for animals and humans. An interdisciplinary team has come together in Bayreuth to form the "CRC 1357 - Microplastics" to tackle this complex task. 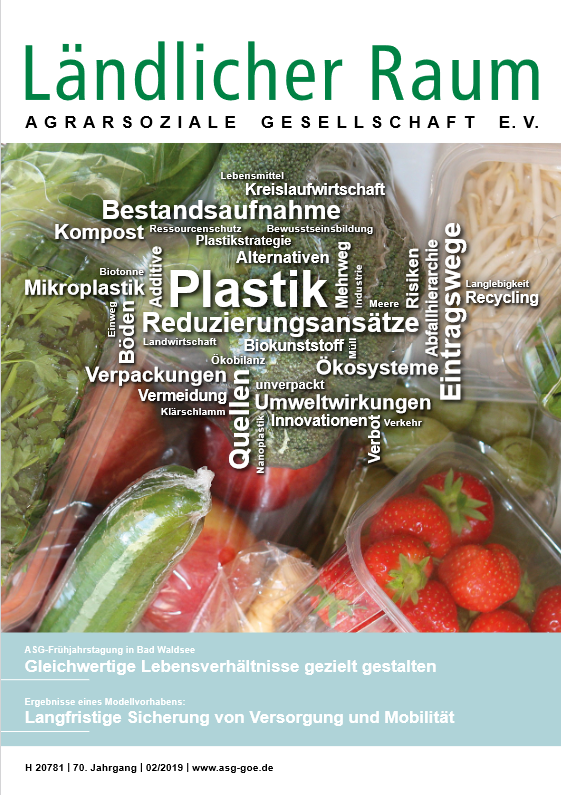 The pollution of the environment by plastics continues to increase. Already known input pathways like wastewater, sewage sludge, and improper waste disposal (littering) are accompanied by private individuals and companies that dispose of plastic packaging in their organic waste bins and contribute to the constant pollution of the environment by plastic waste. In addition, despite complex purification processes, tiny plastic particles often remain in compost and fermentation residues from biowaste recycling plants and then end up as soil conditioners in our fields.